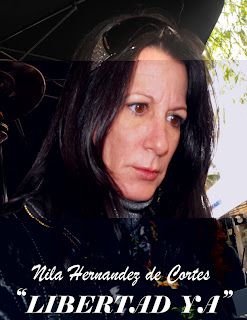 I Was Wrong, and So Are You. Daniel Klein

BACK IN JUNE 2010, I published a Wall Street Journal op-ed arguing that the American left was unenlightened, by and large, as to economic matters. Responding to a set of survey questions that tested people’s real-world understanding of basic economic principles, self-identified progressives and liberals did much worse than conservatives and libertarians, I reported. To sharpen the ax, The Journal titled the piece “Are You Smarter Than a Fifth Grader?”—the implication being that people on the left were not.

The op-ed set off fireworks. On The Journal’s Web site, the piece peaked at No.2 in most-e-mailed for the month it was published. The Examiner, in Washington, D.C., ran two opinion pieces in response, one approving and one critical. (The latter noted, correctly, that conservatives were “happily disseminating the results across the right-wing blogosphere.”) The Washington Times reported, “Liberals Livid Over Economic Enlightenment Gauge.” My inbox exploded with messages haranguing me for cynically rigging my results or blessing me for providing proof of a long-suspected truth.

The Wall Street Journal piece was based on an article that Zeljka Buturovic and I had published in Econ Journal Watch, a journal that I edit. In short order, more than 10,000 people downloaded a PDF of the scholarly article. The attention, while slightly unnerving, was also pleasing, and I’ll confess that I found the study results congenial: I’m a libertarian, and I found it easy to believe that people on the left had an especially bad grasp of economics.

But one year later, in May 2011, Buturovic and I published a new scholarly article reporting on a new survey. It turned out that I needed to retract the conclusions I’d trumpeted in The Wall Street Journal. The new results invalidated our original result: under the right circumstances, conservatives and libertarians were as likely as anyone on the left to give wrong answers to economic questions. The proper inference from our work is not that one group is more enlightened, or less. It’s that “myside bias”—the tendency to judge a statement according to how conveniently it fits with one’s settled position—is pervasive among all of America’s political groups. The bias is seen in the data, and in my actions.

So just who are those top 1 percent of Americans that we're all supposed to hate?

If you listen to President Obama, the protesters at Occupy Wall Street, and much of the media, it's obvious. They're either "trust-fund babies" who inherited their money, or greedy bankers and hedge-fund managers. Certainly, they haven't worked especially hard for their money. While the recession has thrown millions of Americans out of work, they've been getting even richer. Worse, they don't even pay their fair share in taxes: Millionaires and billionaires are paying a lower tax rate than their secretaries.

In reality, each of these stereotypes is wrong.


Roughly 80 percent of millionaires in America are the first generation of their family to be rich. They didn't inherit their wealth; they earned it. How? According to a recent survey of the top 1 percent of American earners, slightly less than 14 percent were involved in banking or finance.

Roughly a third were entrepreneurs or managers of nonfinancial businesses. Nearly 16 percent were doctors or other medical professionals.

Lawyers made up slightly more than 8 percent, and engineers, scientists and computer professionals another 6.6 percent.

Sports and entertainment figures — the folks flying in on their private jets to express solidarity with Occupy Wall Street — composed almost 2 percent.

By and large, the wealthy have worked hard for their money. NYU sociologist Dalton Conley says that "higher-income folks work more hours than lower-wage earners do."

Because so much of their income is tied up in investments, the recession has hit the rich especially hard. Much attention has been paid recently to a Congressional Budget Office study that showed incomes for the top 1 percent rose far faster from 1980 until 2007 than for the rest of us. But the nonpartisan Tax Foundation has found that since 2007, there has been a 39 percent decline in the number of American millionaires.

Among the "super-rich," the decline has been even sharper: The number of Americans earning more than $10 million a year has fallen by 55 percent. In fact, while in 2008 the top 1 percent earned 20 percent of all income here, that figure has declined to just 16 percent. Inequality in America is declining.

As for not paying their fair share, the top 1 percent pay 36.7 percent of all federal income taxes. Because, as noted above, they earn just 16 percent of all income, that certainly seems like more than a fair share. 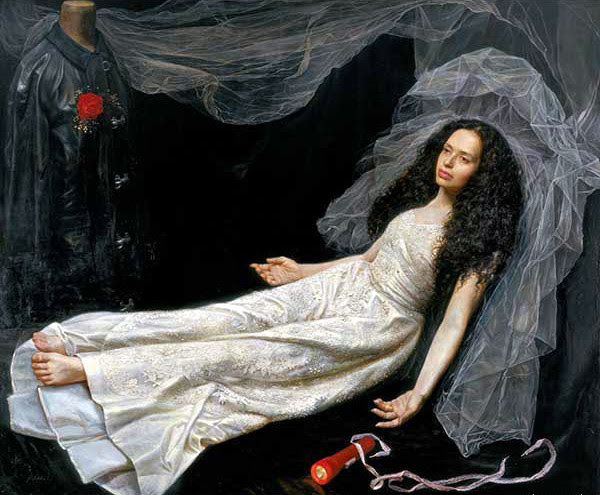 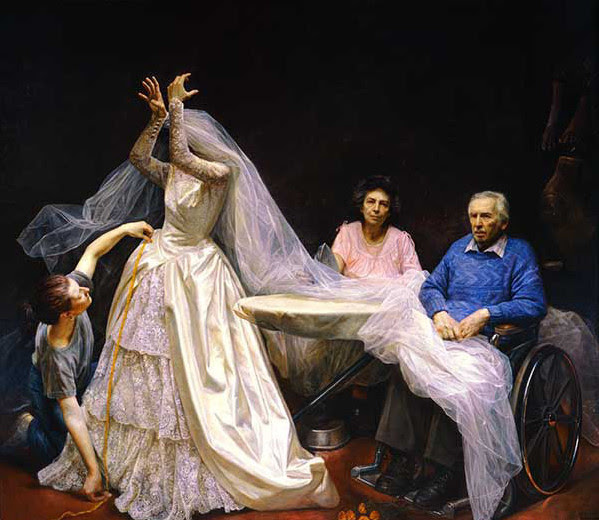 Preparation Of The Bride 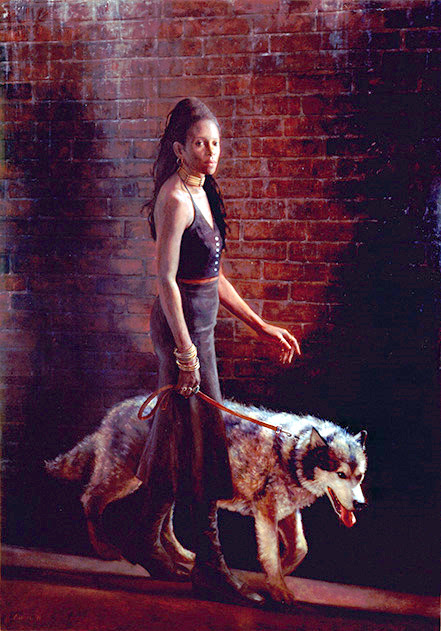 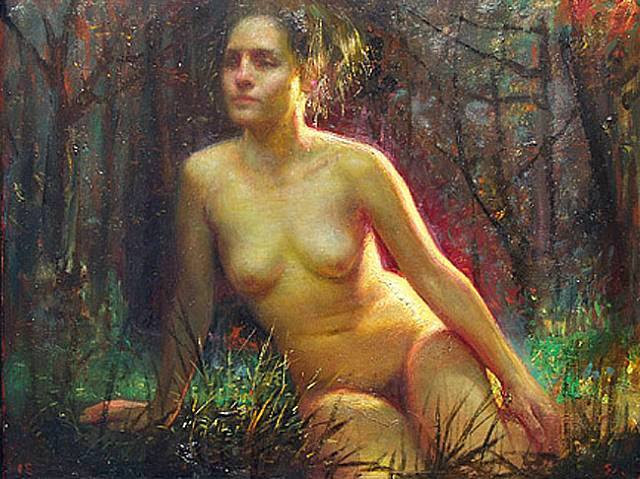 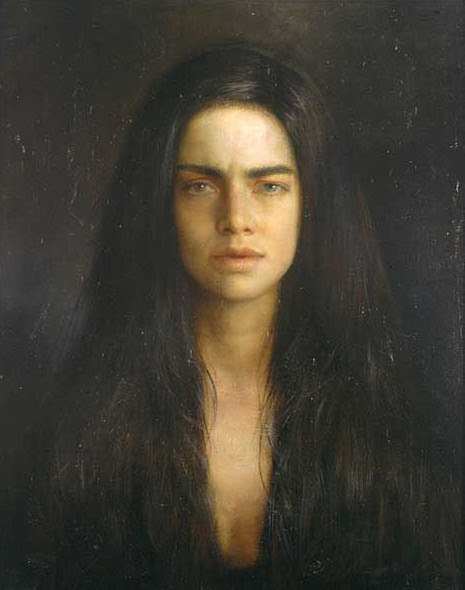 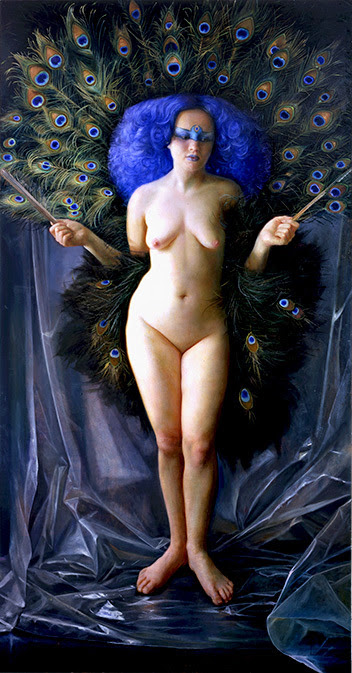 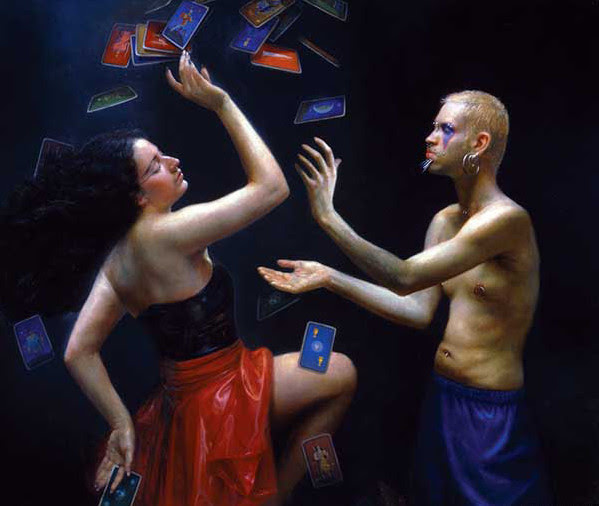 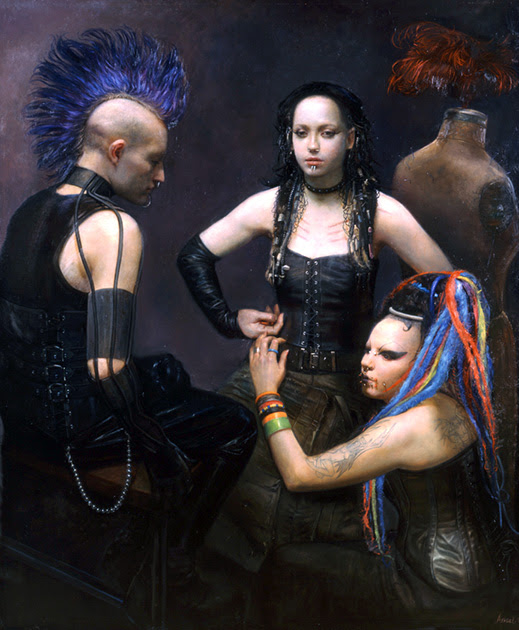 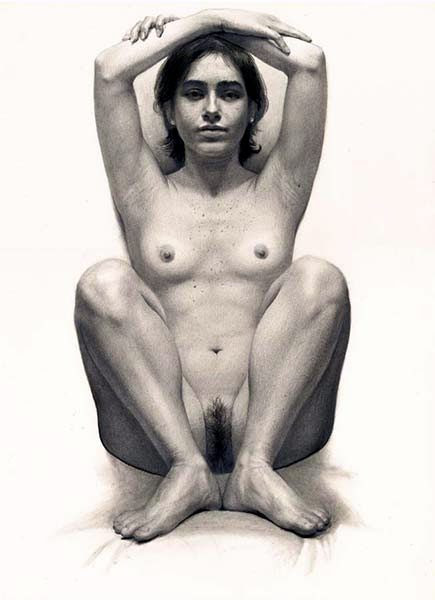 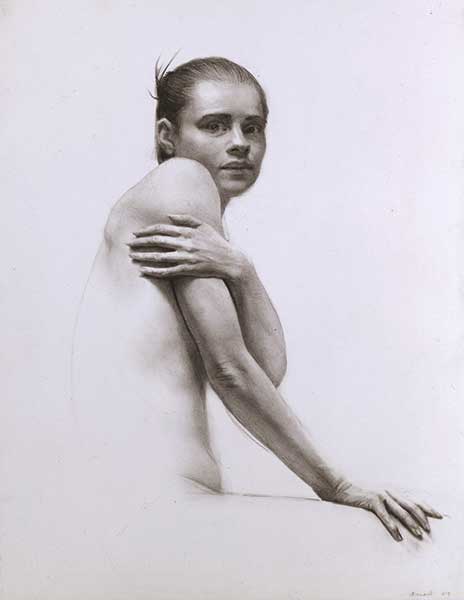 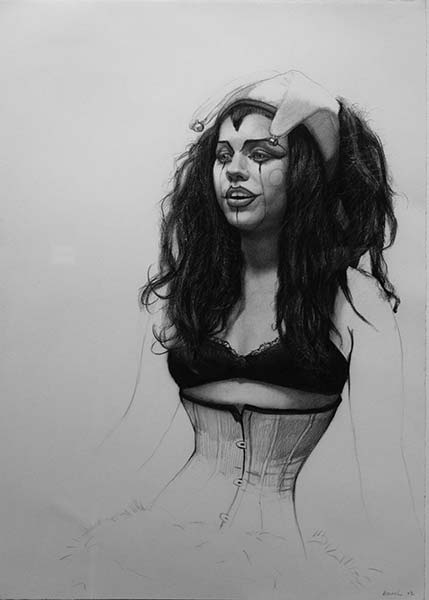 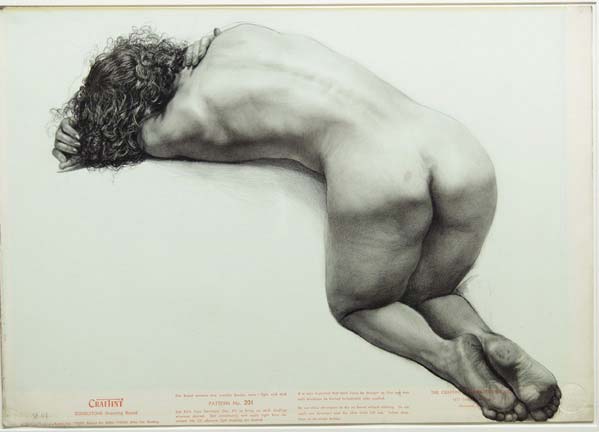 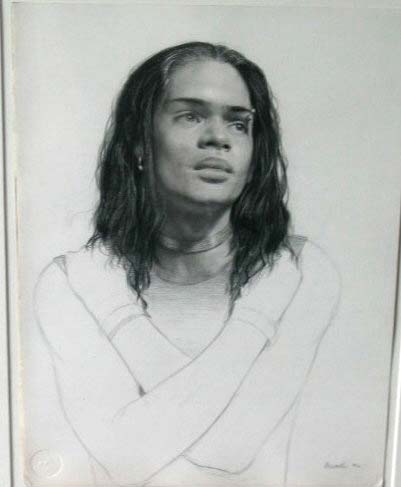 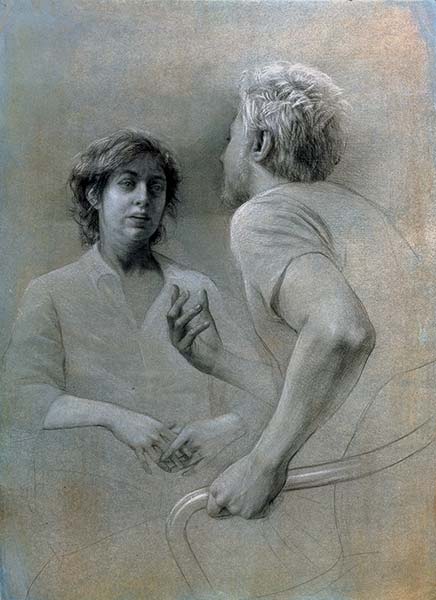 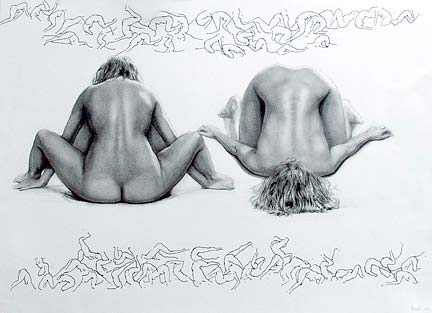 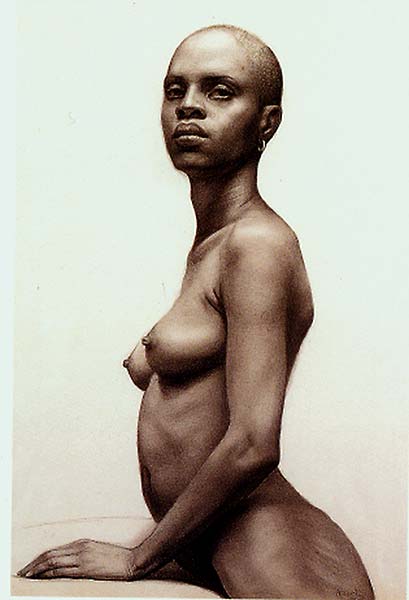 Literature and the Search for Liberty. Mario Vargas Llosa

The blessings of freedom and the perils of its opposite can be seen the world over. It is why I have so passionately adhered to advancing the idea of individual freedom in my work.
Having abandoned the Marxist myths that took in so many of my generation, I soon came to genuinely believe that I had found a truth that had to be shared in the best way I knew—through the art of letters. Critics on the left and right have often praised my novels only to distance themselves from the ideas I've expressed. I do not believe my work can be separated from its ideals.
It is the function of the novelist to tell timeless and universal truths through the device of a fashioned narrative. A story's significance as a piece of art cannot be divorced from its message, any more than a society's prospects for freedom and prosperity can be divorced from its underlying principles. The writer and the man are one and the same, as are the culture and its common beliefs. In my writing and in my life I have pursued a vision not only to inspire my readers but also to share my dream of what we can aspire to build here in our world.
Those who love liberty are often ridiculed for their idealism. And at times we can feel alone, as there appear to be very few dedicated to the ideals of true "liberalism."
Continue reading in WSJ.
Source: Marginal Revolution.
Fecha noviembre 10, 2011 2 comentarios

The College Majors That Do Best in the Job Market. Catherire Rampell

In my article today on the job market for recent college grads, I mentioned that academic majors seem to have a big effect on whether students are employed — and employed in jobs that use their college degrees — after they graduate.
In 2009, the Labor Department’s American Community Survey began asking people what discipline they majored in, if they graduated from college. Andrew Sum, a labor economist at Northeastern University and leading expert on the youth labor market, has analyzed the resulting answers, and then looked at what types of jobs graduates of each major held. If the type of job is one that typically requires a college degree (based on other Labor Department data), he categorized these people as being in the “college labor market.”
Here’s a look at his results, which show 2009 employment rates for college alumni under age 25. (We won’t have 2010 data until this summer, unfortunately.)

Source: Andrew Sum, Northeastern University, using 2009 American Community Survey data
As you can see, across all disciplines, 77.6 percent of college graduates had jobs. But only 55.6 percent of all college graduates had jobs that required college degrees. (Some of the remaining grads who didn’t have jobs were looking for work, but some weren’t, perhaps because they were enrolled in school.)
The major that produced the most graduates in jobs that required degrees was education and teaching; 71.1 percent of this discipline’s alumni had jobs for which a bachelor’s was a prerequisite. This is probably not surprising, since so many of these grads became teachers.
Engineering had the next-best track record, with 69.4 percent of its graduates placed in college labor market jobs.
The majors with the worst placement records were area studies (44.7 percent in degree-requiring jobs) and humanities (45.4 percent).
Why do we care if these grads get placed in jobs that require degrees?
Part of the reason people go to college is to get better jobs. It’s by no means the only reason, of course; a liberal arts education can enrich a person’s life in ways besides better employment. But better employment is surely one of the crucial goals, and jobs that require college degrees generally pay better than jobs that don’t. This is true for graduates of every major:

Source: Andrew Sum, Northeastern University, using 2009 American Community Survey data
Across all majors, the typical graduate who finds a job requiring a college degree will earn $26,756. The typical graduate who find a job that does require a degree, by contrast, will earn just $15,896. That’s about an $11,000 premium.
The disparity is bigger for certain majors than others.
Health majors appear to have the most to gain by finding a job that requires their degree, since their typical earnings in such a job ($30,819) are nearly two and half times their typical earnings in a job that doesn’t require a degree ($12,843). The premium is lowest for area studies majors.
Interestingly, college majors also seem to have an effect on earnings in jobs that don’t require having gone to college. Note that engineers, for example, still earn more in non-degree-requiring jobs than humanities majors get in degree-requiring jobs.
This may have something to do with the types of people who choose to major in these disciplines, or perhaps where they live. It may also mean that the type of knowledge you acquire in each major can enhance your abilities or productivity in all kinds of work, even that usually done by lower-skilled people.
Fecha noviembre 10, 2011 0 comentarios

Not From The Onion. Alex Tabarrok

Here’s an astounding illustration of my argument that “American students are not studying the fields with the greatest economic potential.”

The Nation: A few years ago, Joe Therrien, a graduate of the NYC Teaching Fellows program, was working as a full-time drama teacher at a public elementary school in New York City. Frustrated by huge class sizes, sparse resources and a disorganized bureaucracy, he set off to the University of Connecticut to get an MFA in his passion—puppetry. Three years and $35,000 in student loans later, he emerged with degree in hand, and because puppeteers aren’t exactly in high demand…he’s working at his old school as a full-time “substitute”…[earning less than he did before].

…Like a lot of the young protesters who have flocked to Occupy Wall Street, Joe had thought that hard work and education would bring, if not class mobility, at least a measure of security…But the past decade of stagnant wages for the 99 percent and million-dollar bonuses for the 1 percent has awakened the kids of the middle class to a national nightmare: the dream that coaxed their parents to meet the demands of work, school, mortgage payments and tuition bills is shattered.

What astounds me is not that someone could amass $35,000 in student loans pursuing a dream of puppetry, everyone has their dreams and I do not fault Joe for his. What astounds me is that Richard Kim, the executive editor of The Nation and the author of this article, thinks that the failure of a puppeteer to find a job he loves is a good way to illustrate the “national nightmare” of the job market. Even in a wealthy society it’s a privilege to have the kind of job that Kim thinks are the entitlement of the middle class. And, as Tyler says, we are not as wealthy as we thought we were.
In considering the plight of the puppeteer lets also remember that millions of the unemployed would be grateful to have a job that they don’t like.
Read full in Marginal Revolution.
Fecha noviembre 10, 2011 0 comentarios