A Survey on Structural Plan Density.

In the illustrated essay of 2005 CUREE calendar The Expression of Seismic Design, the author Robert Reitherman discussed the concept of Structural Plan Density. Basically, it is the ratio of the area of vertical structural components to the whole plan area of a building structure. It could be used as a parameter of structural efficiency and reliability. As the figures showed in The Expression of Seismic Design, the plan density of the Temple of Khons in Karnak is over 50%. The famous Taj Mahal in India also has a 50% structural plan density. The plan density of the Parthenon in Athens and the Pantheon in Rome was about 20%. In contrast, the 442 meters high Sears Tower has a plan density of only 2%. From stone to steel, from masonry to bundle-tubes, and from 50% to 2%, this is a phenomenal progress in the field of structural engineering. The overall structural plan density has decreased a lot due to the development of more efficient materials and systems.
Besides the materials and structural systems, the level of plan density is also influenced by the local seismic level, the height of the building, and the architectural design. Typically, structures in high-seismic regions have larger plan density than those in non-seismic regions. Low-rise buildings usually have lower plan density than high-rise buildings. Maybe unnoticed, but the architectural design has a huge impact on structural efficiency, especially in high-rise structures. An irregular architectural plan will cause larger seismic response and thus a higher plan density. Sometimes this impact could be very huge.
What is the overall structural plan density in current Chinese industry? Maybe I could conduct a survey on this topic. As a simple survey, I used the database of my company as my resource. For purpose of comparison, the scope is confined to high-rise concrete structures. All the samples are completed designs in the last 8 years and they are classified as one of these three structural types: moment frame (MF), shearwall (SW), and moment frame-shearwall (MF-SW) or moment frame-corewall (MF-CW). 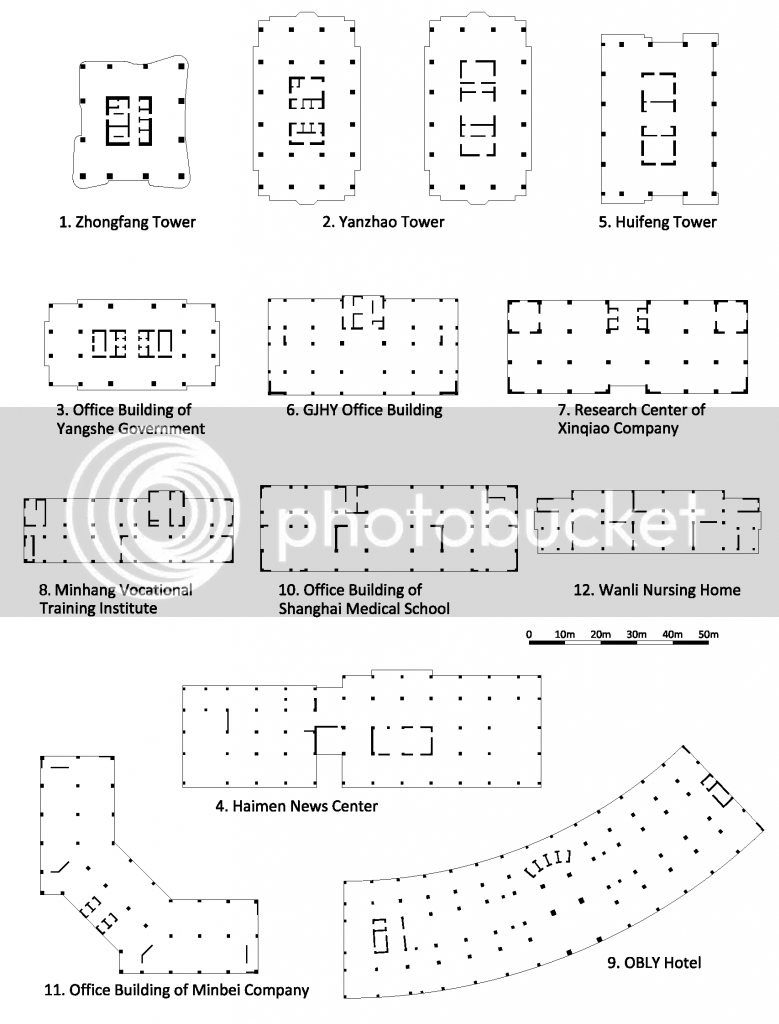 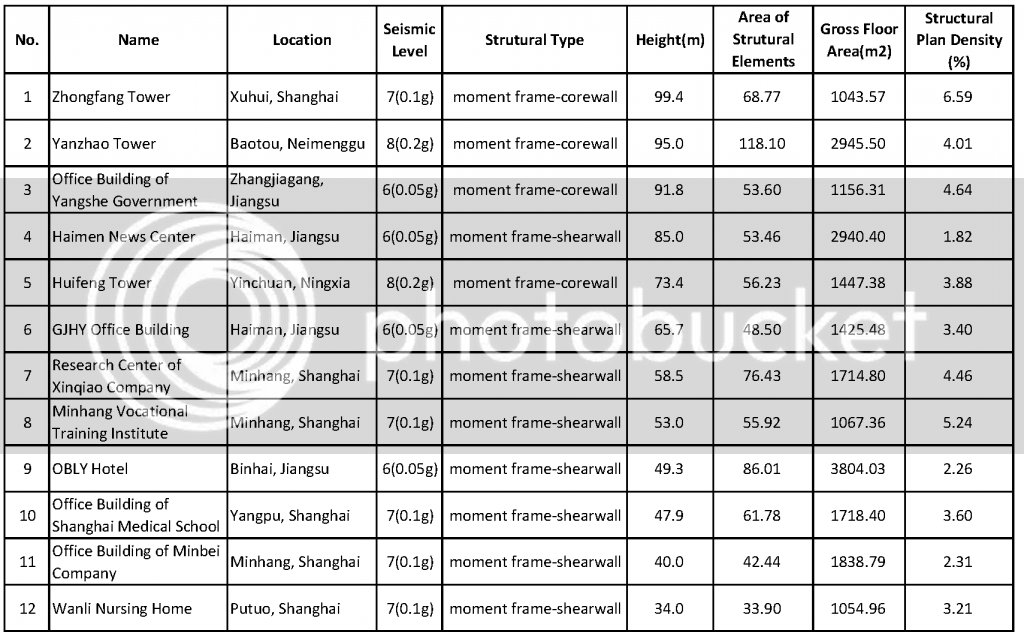 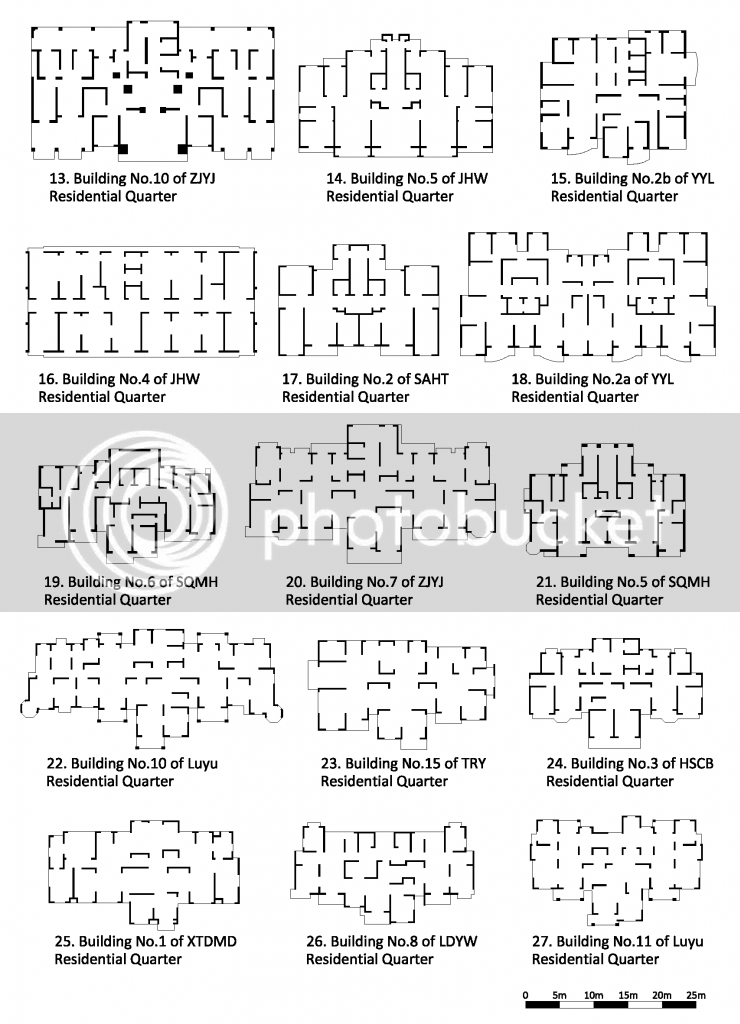 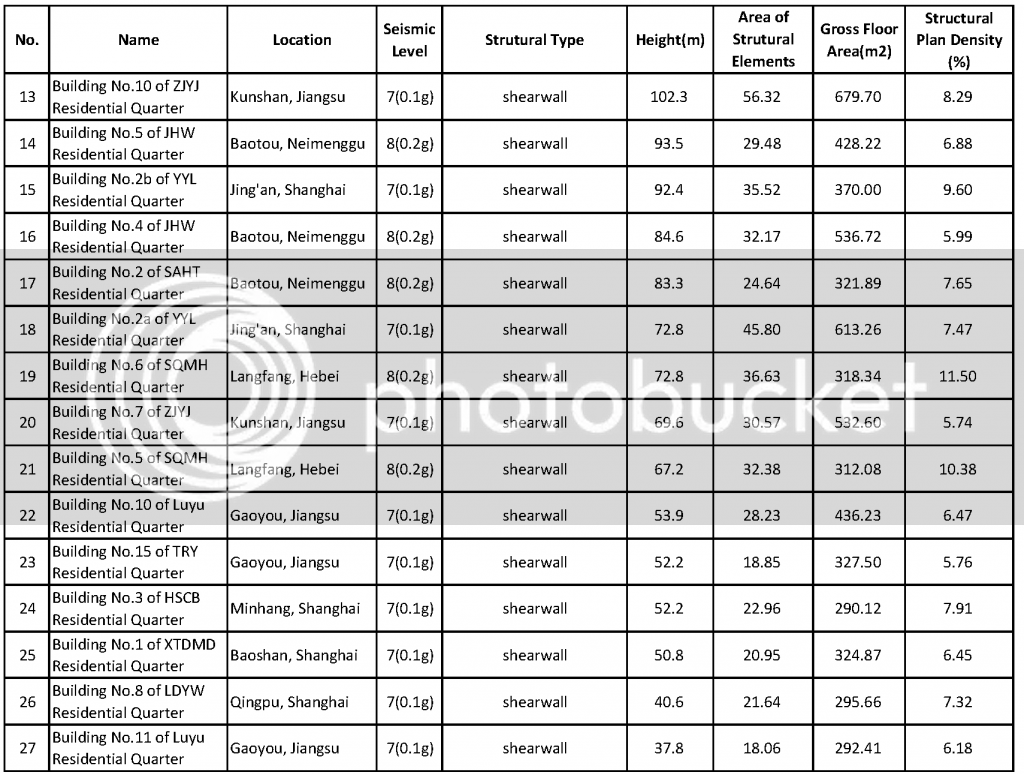 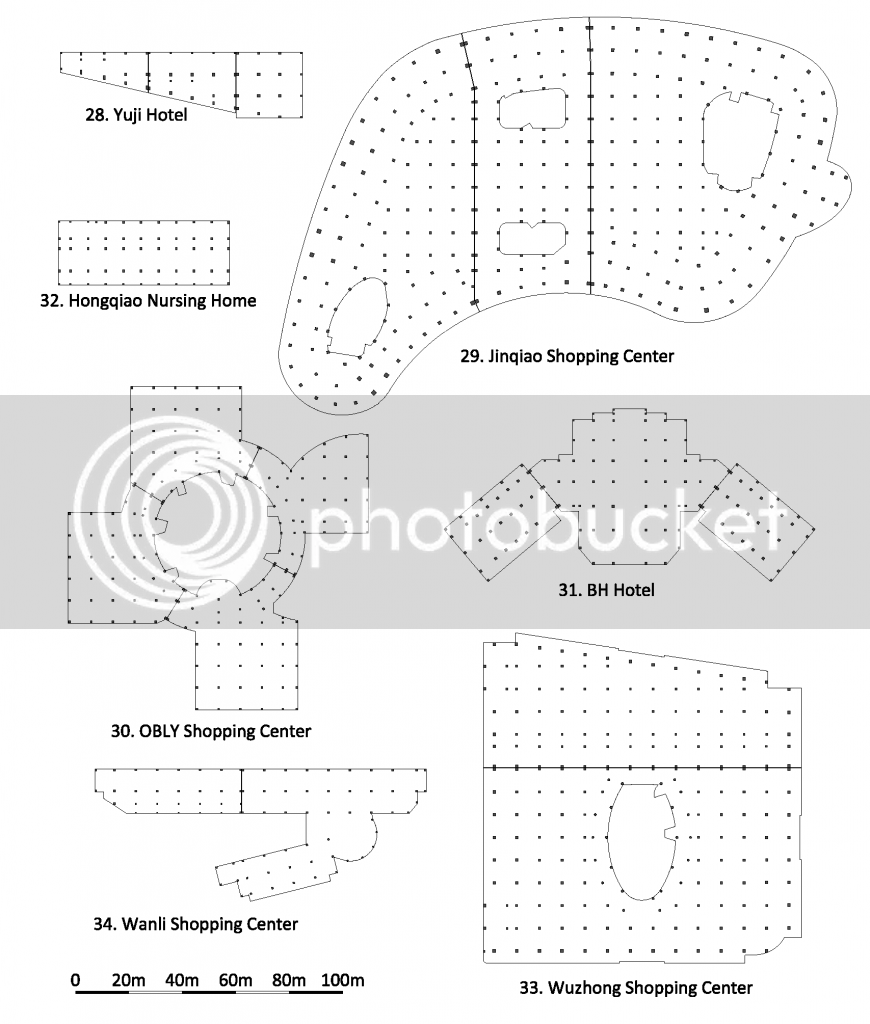 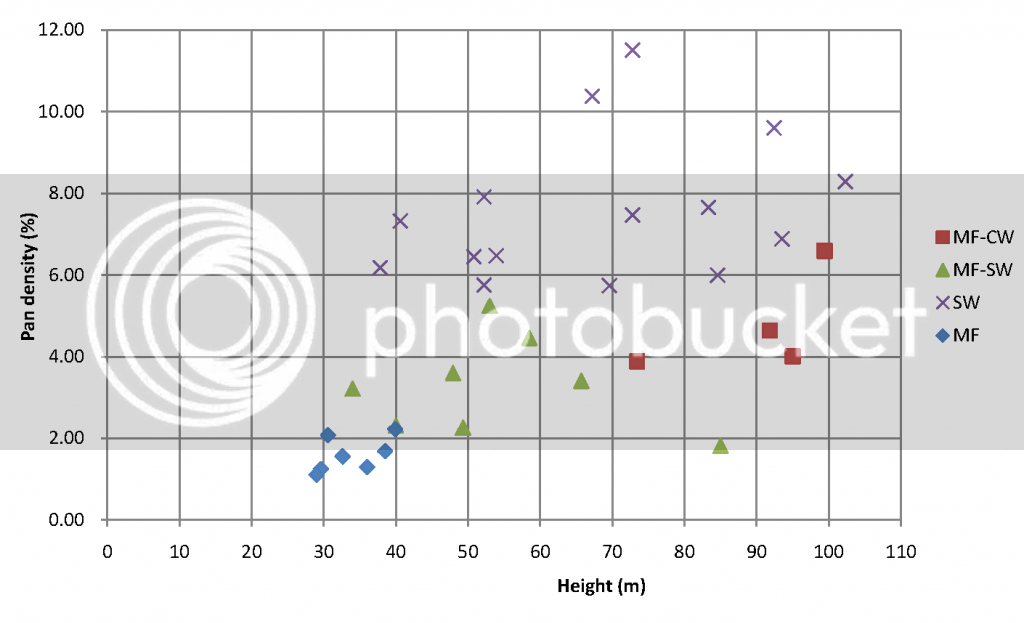 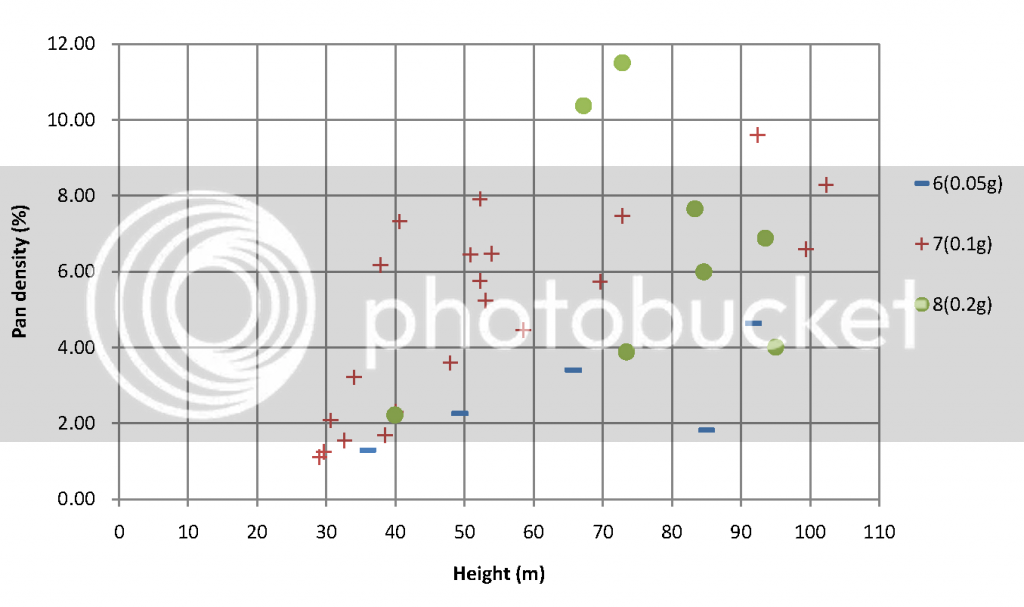