We don't owe it to ourselves


Writing in the Jan. 2 New York Times, Paul Krugman noted that "U.S. debt is, to a large extent, money we owe to ourselves."
Krugman goes on: Unlike a family saddled with debt -- which is owed to people outside of the family -- a government indebted mainly to its own citizens doesn't really have a debt burden. Except for some minor secondary effects (which can be safely ignored), the wealth of the nation isn't reduced when such public debt is repaid. The creditor (citizens) is one with the debtor (citizens). Because Americans receive most of the money that Americans pay to retire debt, Americans as a group aren't made poorer by repaying the debt.
And so, sighs Krugman with relief, public debt is nothing much to worry about because we owe it to ourselves.
Clever argument, that. Too bad it's wrong.
If it were true, unlimited wealth would be possible for everyone. A government pressed to build more hospitals or to subsidize more corn farming could simply pay for these programs with borrowed funds. If paying off any debts incurred to make such programs possible inflicts virtually no cost on the country, every government program financed with money borrowed from its citizens is free. Costless. Without sacrifice.
In such a world, there'd be no reason for government to refrain from supplying any good or service that citizens want: not only national defense, police protection, efficient courts and world-class schooling, but even extravagances that are usually prohibitively costly when individuals buy them privately -- extravagances such as Tahitian vacations, Lamborghinis and retirement at the age of 30.
If the trick to making the supply of goods and services costless is merely to have the state finance their provision with debt, then humankind has been foolishly missing out on untold riches for ages. Using government debt, we can have Dom Perignon and private jets for everyone!
Obviously, every 12-year-old understands that goods and services are not made free merely by financing their provision with funds borrowed from Smith, who is a citizen of the same country as Jones, who is a taxpayer who will be held responsible for repaying the loan. And yet, a Nobel-laureate economist publicly endorses a proposition that differs in no fundamental respect from the one that every 12-year-old correctly understands to be false.
What's going on here?
Until the 1930s, the classical economic understanding was that the burden of government debt is passed on to future generations and that the need to pay off this debt was a genuine burden to the economy as a whole. But in the 1930s, along came John Maynard Keynes' "revolution" in economic thought. And Keynesians' "revolutionary" mode of economic thinking (which is largely a gussied-up rehash of economic fallacies that were popular prior to the writings of Adam Smith) led economists, step by unsuspecting step, to reach mistaken conclusions.
Keynesian economics' single biggest flaw on this front is its practice of lumping all people in a country into a single category and focusing exclusively on how much "it" -- this collective -- spends in the aggregate. If Jones' taxes rise by $100 and if Smith receives this $100, then as long as we can assume that Smith's "propensity" to spend is the same as that of Jones, any such tax-and-transfer scheme presents no problem to the economy.
Such a conclusion is silly. In my next column I will explore the "we owe it to ourselves" fallacy in greater detail.

Does the U.S. Economy Need More Boeings or More Facebooks?


Remember the story of that once-great nation that sacrificed its well-paying manufacturing jobs for low-wage, burger-flipping jobs at the altar of free trade? At one time, that story was a popular rejoinder of manufacturing unions and their apologists to the inconvenient facts that, despite manufacturing employment attrition, the economy was producing an average of 1.84 million net new jobs per year every year between 1983 and 2007, a quarter century during which the real value of U.S. trade increased five-fold and real GDP more than doubled.
The claim that service-sector jobs are uniformly inferior to manufacturing jobs lost credibility, as average wages in the two broad sectors converged in 2005 and have been consistently higher in services ever since. In 2011, the average service sector wage stood at $19.18 per hour, as compared to $18.94 in manufacturing. (But I don’t recall buying any $25-$30 hamburgers last year.)
One reason for U.S. manufacturing wages being higher than services wages in the past is that manufacturing labor unions “succeeded” at winning concessions from management that turned out to be unsustainable. The value of manufacturing labor didn’t justify its exorbitant costs, which encouraged producers to substitute other inputs for labor and to adopt more efficient techniques and technologies.
With the superiority-of-manufacturing-wages argument discredited, new arguments have emerged attempting to make the case that there is something special – even sacred – about the manufacturing sector that should afford it special policy consideration. Many of those arguments, however, conflate the meanings of manufacturing sector employment and manufacturing sector health or they rely on statistics that don’t support their arguments or they become irrelevant by losing sight of the fact that resources are scarce and must be used efficiently. And too often the prescriptions offered would place the economy on the slippery slope that descends into industrial policy.
I recently submitted this rebuttal to this essay by an environmental sciences professor by the name of Vaclav Smil, who commits those errors. (Judging from the tone of his mostly evasiveresponse to my rebuttal, Smil doesn’t seem to have much tolerance for views that differ from his own.) Perhaps most noteworthy among Smil’s slew of questionable arguments is his claim that manufacturing companies, like Boeing, valued at $50 billion, are better for the economy than service companies like Facebook, which is also valued at $50 billion because

[i]n terms of job creation there is no comparison… Boeing employs some 160,000 people, whereas Facebook only employs 2,000.

Granted, Boeing’s operations support more jobs. But is that better for the economy than a company that provides the same value using 1/80th the amount of labor resources? Of course not. We need economic growth in the United States to create wealth and increase living standards. Economic growth and employment are not one and the same thing. In fact, the essence of growth is creating more value with fewer inputs (or at lower input cost). Creating jobs is easy. Instead of bulldozers, mandate shovels; instead of shovels, require spoons. Inefficient production techniques can create more jobs than efficient ones, but they don’t create value, which is the economic goal.
With 2,000 workers producing the same value as 160,000 – one producing the same value as 80 – Facebook is 80 times more productive than Boeing, freeing up 158,000 workers for other more productive endeavors (perhaps 79 more Facebook-type operations). If those companies were individual countries, the per capita GDP in Facebookland would be $25 million, but only $3.125 million in Boeingia. Where would you rather live?
Smil calls my assessment a cruel joke, presumably for its failure to empathize with unemployed and underemployed Americans, by considering value before job creation.  But policies designed to encourage more Boeing’s, as Smil supports (or, in fairness, any businesses that employ at least X number of people or meet this requirement or that) would likely retard the establishment of firms, like Facebook, that produce the goods and services that people want to consume. The provision of goods and services that people want to buy – rather than those that policymakers in Washington think people want to buy (or are happy to force them to buy) – is the essence of value creation.
Thus, policies should incentivize (or, at least not discourage) the kind of innovation and entrepreneurship needed to create more Facebooks? This kind of business formation occurs in environments where the rule of law is clear and abided; where there is greater certainty to the business and political climate; where the specter of asset expropriation is negligible; where physical and administrative infrastructure is in good shape; where the local work force is productive; where skilled foreigners aren’t chased back to their own shores; where there are limited physical, political, and administrative frictions; and so on. In other words, restraining the role of government to its proper functions and nothing more would create the environment most likely to produce more Facebooks in both the manufacturing and services sectors.

Copiar o no copiar, that is… 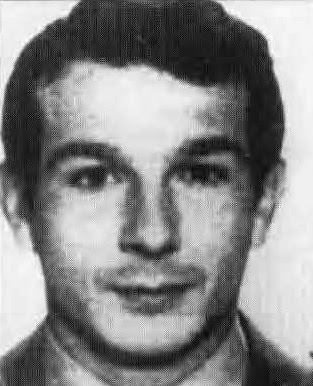 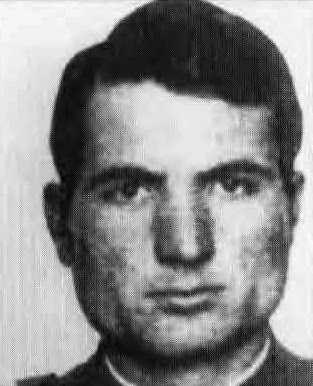 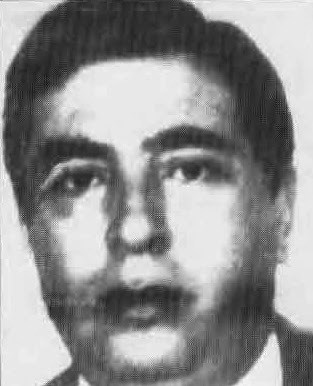