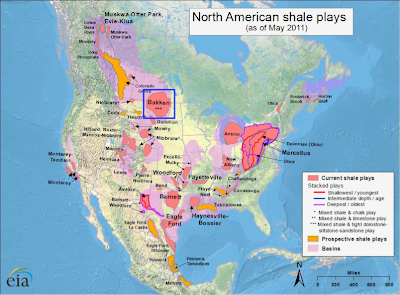 Why Can't We Sell Charity Like We Sell Perfume? by Dan Pallotta

In his 1630 sermon "A Model of Christian Charity," Gov. John Winthrop of the Massachusetts Bay Colony warned his Puritan followers about the perils of pursuing worldly riches. By turning to "pleasure and profit," he wrote, "we shall surely perish." Gov. Winthrop himself would have been well acquainted with those perils: At the same time, he and his business partner were busy calculating how much they might earn by trading in a range of goods, from hemp to iron.
The early Puritan settlers in the New World were pulled in opposite directions by competing value systems. They were extremely aggressive capitalists, but they were also strict Calvinists, taught that self-interest was a sure path to eternal damnation. How could they negotiate this psychological tension? Charity became a big part of the answer—an economic sanctuary in which they could do penance for their profit-making tendencies, at five cents on the dollar.
Today, Americans are the world's most generous contributors to philanthropic causes. Each year, we give about 2% of our GDP to nonprofit organizations, nearly twice as much as the U.K., the next closest nation, according to the Chronicle of Philanthropy. Some 65% of all American households with an income of less than $100,000 donate to some type of charity, according to the Center on Philanthropy at Indiana University, as does nearly every household with an income greater than $100,000. These contributions average out to about $732 a year for every man, woman and child in America.
Yet we cling to a puritan approach to how those donations are spent: Self-deprivation is our strategy for social change. The dysfunction at the heart of our approach is neatly captured by our narrow, negative label for the charitable sector: "not-for-profit."
It's time to change how society thinks about charity and social reform. The donating public is obsessed with restrictions—nonprofits shouldn't pay executives too much, or spend a lot on overhead or take risks with donated dollars. It should be asking whether these organizations have what they need to actually solve problems. The conventional wisdom is that low costs serve the higher good. But this view is killing the ability of nonprofits to make progress against our most pressing problems. Long-term solutions require investment in things that don't show results in the short term.
We have two separate rule books: one for charity and one for the rest of the economic world. The result is discrimination against charities in five critical areas.
First, we allow the for-profit sector to pay people competitive wages based on the value they produce. But we have a visceral reaction to the idea of anyone making very much money helping other people. Want to pay someone $5 million to develop a blockbuster videogame filled with violence? Go for it. Want to pay someone a half-million dollars to try to find a cure for pediatric leukemia? You're considered a parasite.
Two years ago, a group of senators raised questions about the compensation of the CEO of the Boys & Girls Clubs of America, which totaled $998,591 for 2008, nearly half of which consisted of catch-up obligations for her retirement. The critics ignored the fact that over the previous eight years, the CEO had tripled the Clubs' network-wide revenue to $1.5 billion. Would the Clubs have been better off hiring a less talented CEO for $100,000 and leaving revenue stagnant, at a loss of $1 billion?
We tend to think that policing salaries of charitable groups is an ethical imperative, but for would-be leaders, it results in a mutually exclusive choice between doing well for yourself and doing good for the world—and it causes many of the brightest kids coming out of college to march directly into the corporate world.
A second area of discrimination is advertising and marketing. We tell the for-profit sector to spend on advertising until the last dollar no longer produces a penny of value, but we don't like to see charitable donations spent on ads. We want our money to go directly to the needy—even though money spent on advertising dramatically increases the money available for the needy.
In 2006, the consulting firm Changing Our World estimated that charities providing health care and human services spent about $1.5 billion on marketing, versus $729 billion for marketing in the rest of the economy. That translates into one message for health and human-services causes for every 479 messages for something else. This imbalance is a big part of the reason that charitable giving has remained constant in the U.S. at about 2% of GDP since we began measuring it in the 1970s. In 40 years, the nonprofit sector hasn't been able to take market share away from the for-profit sector. But how can it if it isn't allowed to market?
A third disadvantage for charities is the expectation of a home run on every at-bat. If Paramount Pictures makes a $200 million movie that flops, no one calls the attorney general. But if a nonprofit produces a $5 million community fundraising event that doesn't result in a 70% profit for the cause, its character is called into question. So, naturally, nonprofit leaders tend to avoid daring new fundraising endeavors that might put them at risk.
A fourth problem is the time frame during which nonprofits are supposed to produce results: immediately. Amazon.com went for six years without returning a dime to investors, who stood by the company because they understood its long-term goals. But nonprofits are expected to send every donation immediately to the needy. This demand is policed by tax forms that measure the amount spent on direct services every 12 months.


Finally, the for-profit sector is allowed to pay investors a financial return to attract their capital. The nonprofit sector, by definition, cannot. So the for-profit sector monopolizes the multitrillion-dollar capital markets, and the nonprofit sector is starved for growth and risk capital. Why shouldn't an investor be able to take a risk—and get a return—on an investment that allows a charity to double in size? And why wouldn't we want to encourage it to do so?
If you have any doubt about the effects of the separate rule book for charities, consider one sobering statistic: Since 1970, the number of nonprofits that have crossed the $50 million line in annual revenue is 144, according to George Overholser and Sean Stannard Stockton, writing on the blog Tactical Philanthropy. The number of for-profits that have crossed that line during the same period is 46,132.
In short, we are asking nonprofit groups to deal with social problems whose scale is beyond easy comprehension, while denying those groups the tools they need to build any meaningful scale themselves. Something is wrong when Coca-Cola and Burger King have a potential for growth that we deny, on principle, to the Boys & Girls Clubs and the National Breast Cancer Coalition.
In recent years, some observers have advanced the notion that philanthropy has been tried and failed, and isn't necessary anymore. Business will solve all of the world's problems, they say. They point to the Clinton Global Initiative's harnessing of market forces to use a high-volume, low-price approach to make AIDS drugs more accessible to poor countries. See what Starbucks is doing for poor coffee farmers, we hear.


But business, for all the strides it is making, will always leave some part of the problem unaddressed. An estimated 1.8 million adults and children still die of AIDS every year. And there are some issues for which there are no markets outside of philanthropy. How do you monetize easing the loneliness of a shut-in senior? How do you address the economic needs of those who lack the wherewithal to become coffee farmers, beyond the reach of even the bottom rung of the global economy?
Business can't solve all of the world's problems. Capitalism can—but only if it is permitted in the nonprofit sector. If we free the nonprofit sector to hire the best talent in the world, take fundraising risks, use marketing to build demand and invest capital for new revenue-generating efforts, we could bring private ingenuity to bear on those problems and would not need to look to government to fill the gaps.
Where would the money come from? From us. If we allowed the nonprofit sector to build the kind of demand for philanthropy that Hollywood builds for movies, we would be on our way to the necessary scale. Today, Americans give about $300 billion to nonprofit organizations annually, according to Giving USA. Only about 16% of that—$48 billion—goes to health and human services. A large part of the remainder goes to religious and educational institutions. If we could increase charitable giving in the U.S. to 2.5% of GDP from 2% of GDP, that would amount to an additional $75 billion in annual giving. If that money went disproportionately to health and human services, it could as much as triple the funding available for those causes. Now that's scale.
Jeffrey Sachs, the Columbia University economist, has estimated that the cost to end extreme poverty in the world is about $175 billion annually. A half-percentage-point bump in annual giving to charity as a percentage of GDP in the U.S. alone could put us close to halfway there.
This idea that investment in growth can create growth is not theory. Fundraising consultant James Greenfield estimates that, for major gifts, every 10 cents spent on fundraising produces, on average, a dollar back. For direct-mail solicitations, the cost is 20 cents per dollar back. For special events, 50 cents. Investment in fundraising and marketing multiplies the money put into it. For example, in just five years, Share Our Strength, a national organization committed to ending childhood hunger, was able to quadruple the money it raised by investing in fundraising. A $30 million organization in 2010, it has grown into a $43 million organization today, just two years later.
For this to work, how would charities need to be set up? Not very differently. It is not illegal for charities to spend money on advertising or to hire great talent. It is not so much the law that needs to change as our thinking. Charities need to know they won't be punished by donors for engaging in unconventional business practices.
There are statutory changes that could be made to allow, for example, a stock market for charity, wherein investors could earn returns on revenue streams that their risk capital makes possible, and even trade on related futures. But changes in our thinking would provide more than enough room for a start at improvement.


How would we assess charities if not by how little they spend on overhead? With three simple questions: What are their goals? What progress are they making toward them? And how do they know?
The data for this kind of evaluation could be distributed via a massive iTunes for charity, covering every nonprofit in America regardless of size, and it could be updated regularly. It could replace the fragmented array of watchdog agencies that evaluate—largely on the basis of overhead ratios—just 7,500 of the 1.5 million nonprofits in America.


It's time to declare independence from the 1630s. A few decades ago, pork producers got together to change the image of their product as a fatty heart-attack-waiting-to-happen. The result was the slogan "Pork, the Other White Meat," and the campaign was wildly successful. If we can change the way that the public thinks about pork, we can change the way it thinks about charity. And if we can do that, charity can change the world.
—Mr. Pallotta created the AIDS Rides and Breast Cancer 3-Day fundraising events and is the author of the new book, "Charity Case: How the Nonprofit Community Can Stand Up for Itself and Really Change the World."

A version of this article appeared September 15, 2012, on page C1 in the U.S. edition of The Wall Street Journal, with the headline: Why Can't We Sell Charity Like We Sell Perfume?.