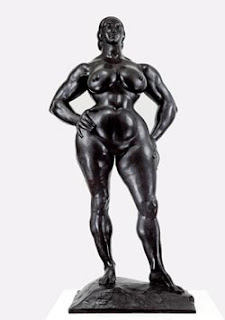 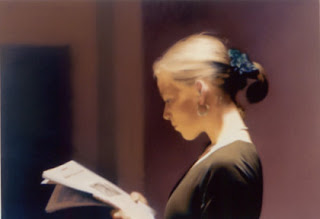 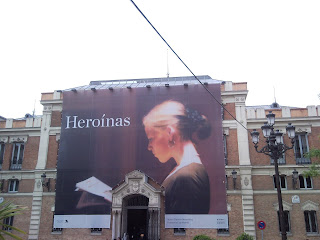 Despite claims that global warming will reduce human well-being in developing countries, there is no evidence that this is actually happening. Empirical trends show that by any objective climate-sensitive measure, human well-being has, in fact, improved remarkably over the last several decades. Specifically, agricultural productivity has increased; the proportion of population suffering from chronic hunger has declined; the rate of extreme poverty has been more than halved; rates of death and disease from malaria, other vector-borne diseases, and extreme weather events have declined; and, consequently, life-expectancy has more than doubled since 1900.
And while economic growth and technological development fueled mainly by fossil fuels are responsible for some portion of the warming experienced this century, they are largely responsible for the above-noted improvements in human well-being in developing countries (and elsewhere). The fact that these improvements occurred despite any global warming indicates that economic and technological development has been, overall, a benefit to developing countries [pp. 181-182].

Indur here nicely captures my own attitude toward the current hysteria about climate change. I neither deny that climate change is occurring nor that its occurance is the result of human activity. (I’m no natural scientist, so my ability to judge the science is inadequate.)
What I do deny is (1) the presumption that climate change necessarily has worsened or will worsen human well-being compared to what that well-being would have otherwise been, or will be, under different feasible policies, and (2) the presumed necessity for governments to ‘do something’ about climate change. From the perspective of an economist, it is a non sequitur to conclude from the existence of made-made climate change that government must take steps to halt, or to diminish, those human activities that contribute to climate change.
Of course, the fact that fossil-fuel fueled improvements in humans’ ‘micro’ environments – the close-in environments that matter most to us, such as the air in our homes and workplaces, the cleanliness of our clothing, the absence of animal manure on our city streets, etc. – are very real and very large does not imply that steps ought not now be taken at the margin to reduce human activities that are thought to contribute to climate change.
But the case for taking such steps would be more plausible, believable, and acceptable were not so many of its advocates prone to write and speak as if the benefits of industrialization, such as those mentioned above by Indur, are unreal or overblown or, more precisely, as if these benefits are not connected with the very industrial and commercial processes that climate-change hawks wish to further rein in. So much of the conversation by climate-change hawks takes place as if the demonstration of the existence of a cost is sufficient to prove that that cost must be reduced.
And, too, so much of that same conversation takes place as if the political authorities to be charged with reducing this cost will act both wisely and in the public interest.
Both stances are most unscientific.
Fecha abril 22, 2011 0 comentarios

Natural Scientists and Economics by Don Boudreaux. (En español usando google translator).‏
Commenting on this post, Notalawyer writes that he (or she) is seriously concerned about global warming especially because

many natural scientists consider this to be a serious and existential problem. Its [sic] entirely possible that global warming could open up more space for human habitation, crop growth etc. But most scientists believe it will have large detrimental effects.

While no one has more respect for the natural sciences than I do, I am not persuaded by Notalawyer’s reasoning. Meteorologists, biologists, horticulturists, zoologists, physicists, entomologists, physicians, and other natural scientists are not economists. (Each might well, and rightly, use as a pseudonym ‘NotanEconomist.’)
While there are some exceptions – Indur Goklany, for example – of natural scientists who understand economics, far too many of them see the world as posing physics or engineering problems rather than as posing economic ones. The two problems are very different from each other.
And the economic way of thinking – studying economic history; pondering the role of entrepreneurship; reflecting on creative destruction; being attuned to the fact that so many social phenomena are the results of human action but not of human design; understanding the fact that market-determined prices both signal important information about resource availabilities and give consumers and producers incentives to change their actions in accordance with changes in resource availabilities – gives economists a different perspective from that of natural scientists on the range of likely economic consequences of climate change. One manifestation of this different perspective offered by economics is that the prospect and possibilities of productive human creativity seem to be more readily grasped by the typical economist than by the typical natural scientist.
Natural-scientists’ track record on predicting the economic impact of environmental changes is poor – at least, this is my off-the-cuff sense. Most famously, the scientist Paul Ehrlich has been consistently and magnificently mistaken about the effects of economic and population growth on human well-being. Likewise, Jared Diamond, for all of his undoubted brilliance, fundamentally misconstrues the most basic features of globalization. (See also here.) So, too, the great E.O. Wilson (whose 1994 autobiography Naturalist, I enthusiastically add, is among the most enjoyable of that genre that I’ve ever read).
Albert Einstein – no slouch when it comes to science – was a terrible economist.
I don’t blame natural scientists for their frequent failures to grasp even basic economics. Each of these scientists is a specialist in his or her own field. It would be as out of place for me to criticize, say, a scientist who specializes in the study of ants for his poor grasp of economics as it would be for the ant-specialist scientist to criticize me for my poor grasp of the biology and behavior of ants. The difference is that I don’t fancy that my expertise in economics equips me to speak with any authority at all on ant science or on other natural-science matters.
….
Here’s what my colleague Jim Buchanan wrote in December 1976:

The principle that exposure to economics should convey is that of the spontaneous coordination which the market achieves….
I recently talked with a prominent economist who mentioned that one of his colleagues had reported having several conversations with the then presidential candidate Jimmy Carter. This colleague passed along his view that Carter was a “good systems analyst,” and my friend added, more or less as an afterthought, and “hence, a good economist.” I very quickly and very emphatically put him straight, saying that nothing could be further from “the economic point of view,” properly interpreted, than that of the systems analyst. Indeed, this is precisely my own fear about Carter, that he is, in fact, a good systems analyst without the remotest understanding of the principle of spontaneous order. [James M. Buchanan, What Should Economists Do? (Indianapolis: Liberty Fund, 1979), pp. 81-82; original emphasis].